You are here: Home / Past members of the Commission / Chief Christopher Adebayo(SAN) 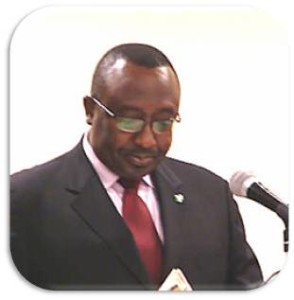 Christopher Adebayo Ojo was born in Ife-Ijumu, Kogi State. His earliest education took place in Maiduguri and Kaduna, and then he moved on to Zaria in Kaduna State for his post-primary education. From there Bayo Ojo took time off from schooling to accept a post as a Civil Servant in Ilorin, Kwara State.

Bayo Ojo was determined to complete his educational pursuits, so before long he gave up this position and attended the University of Lagos. While there he earned his Bachelor’s Degree in Law and graduated in 1977. One year later he was called to the Nigeria Bar in July 1978.

In a very short time, Ojo was serving as defence counsel while working at the Ministry of Justice, Kwara State and remained with them throughout the four years he served the Ministry. Bayo Ojo continued his scholastic efforts despite his heavy workload, and by 1981 he earned a certificate in Legal Drafting from the Royal Institute of Public Administration in London.

Next Ojo moved on to the London School of Economics and Political Science. By 1982 he had obtained LLM, and the following year he accepted a position with the law firm Oniyangi & Co as Head of Chambers. While there, he served nobly and built a stellar reputation, which allowed him to excel even further and branch out on his own.

In 1986, Ojo founded Bayo Ojo & Co. His firm was tremendously successful, and he continued to provide dedicated services to people in need. By 2004 he was elected as President of the Nigeria Bar Association. He served honourably, and was later appointed as Attorney General and Minister of Justice by President Olusegun Obasanjo and also member of the ission.

Despite a controversy over this appointment (which stemmed from a Constitutional clause forbidding a President of the Nigeria Bar Association from accepting political positions) Ojo did not face charges. He resigned the Presidency on the day of his appointment to ensure he was in complete accordance with the law, and moved forward as Attorney General. He was very active in this position, and attended multiple hearings in person, which was unusual for a man in this esteemed role.

As Attorney General, Chief Bayo Ojo developed an even stronger reputation for his brilliant legal mind. He worked towards abolishing a policy of holding prisoners without trials and toiled on behalf of up-and-coming lawyers. In 2007, Chief Bayo Ojo accepted a membership into the United Nations International Law Commission. From this laudable position he continues to serve his country, and humanity, in a noble, dignified manner. 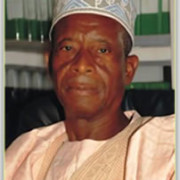 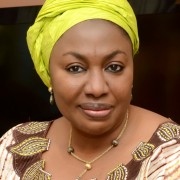 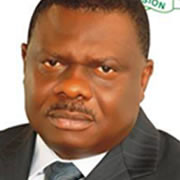 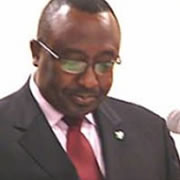 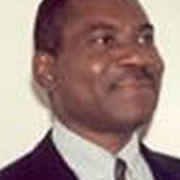 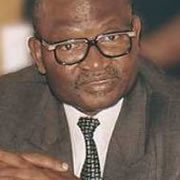 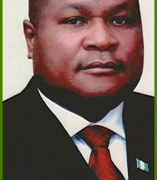 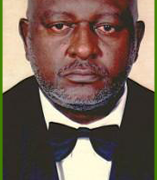 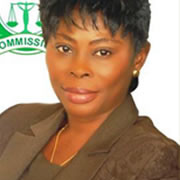 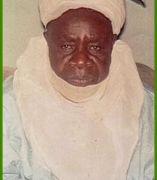 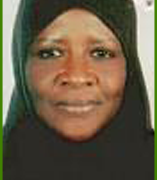