This is to inform all Staff of the Judiciary that the 2020 Combined Promotion Examinations for eligible candidates of the Federal Courts and the Commission will be held in the six (6) Geopolitical Zones on Tuesday, 8th and Wednesday, 9th September, 2020 at the following Centres / Venues: END_OF_DOCUMENT_TOKEN_TO_BE_REPLACED 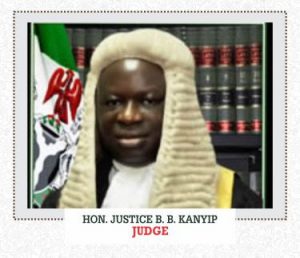 The Chief Justice of Nigeria (CJN), Tanko Muhammad, on Wednesday swore in Benedict Kanyip, as the acting president of the National Industrial Court of Nigeria (NICN).

NAN reports that on September 27, President Muhammadu Buhari approved the appointment of Justice Kanyip as the acting President of the NICN. END_OF_DOCUMENT_TOKEN_TO_BE_REPLACED 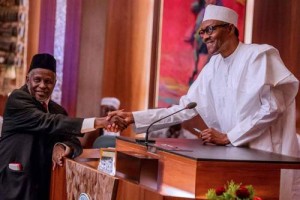 ) had on Wednesday recommended Justice Ibrahim Tanko Muhammad to Buhari for confirmation as the substantive Chief Justice of Nigeria (CJN).

The Senate President, Ahmad Lawan, read Tanko’s name on the floor of the Senate.

Buhari urged the Senate to accord the confirmation of Justice Muhammed speedy consideration.

The National Judicial Council rose today from an Emergency Meeting to recommend to President Muhammadu Buhari, GCFR, the appointment of Hon. Dr. Justice I. T. Muhammad, CFR, as the substantive Chief Justice of Nigeria.

The Meeting which was initially presided over by Hon. Mr. Justice Umaru Abdullahi, CON, considered and approved the recommendation of its Interview Committee that screened the two candidates presented by the Federal Judicial Service Commission, to it for appointment as Chief Justice of Nigeria. END_OF_DOCUMENT_TOKEN_TO_BE_REPLACED

Ministerial listVanguard gathered that former Rivers State Governor, Rotimi Amaechi and his counterpart in Lagos, Babatunde Fashola were among the names received by the Senate President.

Others on the list are, former governors Chris Ngige of Amanbra; Ogbonaya Onu, of Abia State; Kayode Fayemi of Ekiti ; and a one time APC governorship flag bearer in Taraba, Aisha Alhassan,

Kachikwu’s appointment as Vanguard reported yesterday, will be to function as the junior minister taking charge of day-to-day affairs while Buhari oversees the sector as stated in New York on Tuesday, while attending the UN General Assembly. (See more on this).

A source told Vanguard that instead of thirty – six names, President Buhari sent twenty – one names as Ministerial nominees to the Senate President, with plans to send others Tuesday next week before plenary.

The judicial arm of the Nigerian government consists of the Supreme Court of Nigeria, the Court of Appeals, the High Courts, and other trial courts such as the Magistrates‘, Customary, Sharia and other specialisedcourts.[1] The Chief Justice of Nigeria, abbreviated as CJN preside over the Supreme Court and thirteen associate justices, who are appointed by the president on the recommendation of the National Judicial Councilsubject to the approval of the National Assembly.[2][2]

The table below outline the List of Chief Justice of Nigeria from 1958 till date. 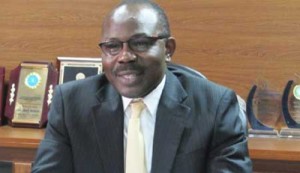 The Legal Practitioners’ Privileges Committee (LPPC) has conferred the rank of Senior Advocate of Nigeria (SAN) on 21 lawyers.

The list consists of 18 practising advocates, (including a female) and three from the academics.

The only female is the former Attorney General of Ogun State, Abimbola Ibironke Akeredolu.

President Muhammadu Buhari and Vice President Yemi Osinbajo have announced their decision to take only 50 per cent of the salaries approved for
them by the Revenue Mobilisation Allocation and Fiscal Commission.

Their decision was contained in a statement made available to journalists on Friday by the Senior Special Assistant to the President on Media and Publicity, Mallam Garba Shehu.

The President’s current annual remuneration as approved by RMAFC is put at N14,058,820.00.

With this development, Buhari will be earning N7m per year throughout his four-year tenure.

Shehu said the President’s decision to cut his salary by half had been conveyed to the Office of the Secretary to the Government of the Federation on Friday by the Permanent Secretary of the State House, Mr. Nebolisa Emodi.

“I write to forward the completed IPPIS registration form of Mr. President and to draw your kind attention to Mr. President’s directive that only 50 per cent of his salary be paid to him,” the presidential spokesman quoted Emodi as writing in the letter with reference number PRES/81/SGF/17. END_OF_DOCUMENT_TOKEN_TO_BE_REPLACED

TWO days to the fourth anniversary of the bombing of the United Nations (UN) House in Abuja, the UN Secretary-General, Ban Ki-Moon yesterday laid a wreath at the global body’s premises to commemorate the terror attack.

The attack by Boko Haram on August 27, 2011 killed 23 UN workers and injured many others.