History of the Judiciary

You are here: Home / History of the Judiciary

History of the Judiciary 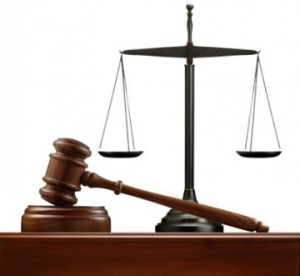 Brief on the Nigeria Judiciary:

In 1999 the 36 states that make up the Federal Republic of Nigeria united to ratify a Constitution which gave distinct powers and guidelines to the executive, legislative and judicial branches of government. The document was also responsible for establishing the Federal Judicial Service Commission and bestowing responsibilities and duties upon them.

Many of the laws that govern the Nigerian Judiciary are based on the concepts created by the British Commonwealth. The British government operates under a Common Law system, and the writers of the Nigerian Constitution kept these regulations in mind and adopted them to benefit our great Federation. More recent laws have been taken on from modern English legislation on both a Federal and State level. In addition, much of the hierarchy of the Nigerian court system is also based on the concepts that have been put to use in England.

Since 1999 the judicial system in Nigeria has continued to grow and improve. Statutes that originated in lower courts have been made into Federal law to ensure that our judicial system is as effective and comprehensive as possible. Judicial precedents are studied and debated to help create new laws to govern each state and our nation. Before a local law can become a federal law, the Supreme Court of Nigeria must first ratify any new regulation and make it an official part of the federal legislation.

Nigeria’s court system begins with various local and district courts; continues with appellate and high courts; and culminates with the Supreme Court of Nigeria. All other courts must adhere to the rulings that are administered by the Nigerian Supreme Court, and no other judicial body has the power to overturn their decisions. Read more about the court system of Nigeria here.

The Nigerian government has a proud and strong judicial system. It is regularly expanded and amended to ensure proper governance and justice for all of the people of Nigeria. Thank you for visiting the website of the Federal Judicial Service Commission.