The Pioneer Secretary of FJSC

You are here: Home / The Pioneer Secretary of FJSC 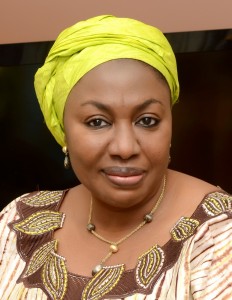 CITATION OF MRS BILKISU A. BASHIR, OON THE PIONEER SECRETARY

Mrs Bilkisu Abdulmalik Bashir was born into the Abdulmalik and Ajanah families of Okene in Kogi State.

In pursuit of further knowledge, she proceeded to the School of Basic Studies Ahmadu Bello University, Zaria in 1975 and later obtained a degree in Law (LLB) from the same University in 1979 and was subsequently called to Nigerian Bar in 1980.

She served in the Ministry of Justice, Kano State as Pupil State Counsel in 1980/81. Throughout her period of service, she established a reputation of diligence to reckon with. Consequently, the Kano State Government in 1982, offered her appointment as Legal Officer/Assistant Secretary in the Kano State Housing Corporation where she rose through the ranks to the post of Deputy Director (Legal). In 1999, she joined the Federal Judiciary as the Secretary of the Federal Judicial Service Commission (a position she holds to date) and Acting Secretary, National Judicial Council (from 1999 to 2002).

As the Secretary and Acting Secretary of the FJSC and NJC respectively, she was able to, with the assistance of a few hands, lay the foundation structures of these organizations at their infant stage by way of creating departments, divisions, sections and units. These structures and staff strength were subsequently expanded. Today, the positive roles that these two organization are playing in the Nigerian judicial system cannot be over-emphasized.

Mrs. Bashir has attended several courses, conferences and seminars both within and outside the shores of this country.

In recognition of her service to the nation, she has received Awards and Honours from some reputable organizations and agencies including the prestigious National Honours Award of the Officer of the Order of the Niger, OON in 2009 by His Excellency, Dr. Goodluck Ebele Jonathan, GCFR, President and Commander-in-Chief of the Armed Forces, Federal Republic of Nigeria.

She has travelled widely across the globe and is multi-lingual. Her hobbies include reading, travelling, board games, gardening and decorating interiors.