The Chief Justice of Nigeria

You are here: Home / The Chief Justice of Nigeria

The Chief Justice of Nigeria 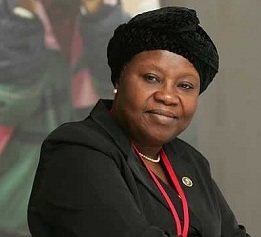 Honorable Justice Aloma Mariam Mukhtar was called to the English Bar in absentia in November, 1966 and to the Nigerian Bar in 1967. She began her career as Pupil State Counsel, Ministry of Justice, Northern Nigeria 1967, Office of the Legal Draftsman, Interim Common Services Agency, Magistrate Grade I, North Eastern State Government, 1971, Chief Registrar, Kano State Government Judiciary, 1973, Judge of the High Court of Kano State, 1977—1987, Justice of the Court of Appeal of Nigeria, Ibadan division, 1987—2005, prior to the employment of Supreme Court of Nigeria. Prior she worked in a Supreme Court of Nigeria and the first female Chief Justice of Nigeria. She is a Fellow of the Institute of Advanced Legal Studies, Fellow of the institute of Arbitrators; she was also made a life Bencher in 2007.

In the course of her career, she has received several awards; a Gold Merit Award for Contribution to the Development of Law in Kano State (1993); recognition by the International Federation of Women Lawyers (in 1989 and 2003); she was inducted to the Nigerian Hall of fame (2005). In2006, she was Conferred with the Nigerian National Honor of Commander of the Order of Niger (GCON)