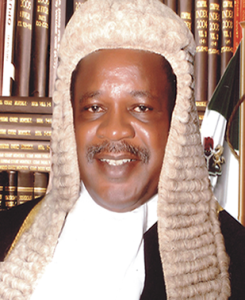 His lordship, Hon, Justice I.N.Auta was born in Jos, Plateau State on the 16th of September, 1952, into the family of late MadakiAutaNdaahi, and Mrs.Yathlama Madaki Auta in the village of Marama, Hawul LGA of Borno State .He is the 4th child of his parent with 6 siblings worthy to note are Mrs.Darpi Peter Bwala,  Mr.WanaAutaNdahi, Mr.MusaAutaNdahi,  Mrs. Mary Hamman and Mrs.Saratu Joshua Nggada. Hon. Justice I.N.Auta started his education in 1959. He attended N. A. Primary School, Jos and finished in 1966.He thereafter proceeded to the school of Basic Studies, ABU, Zaria from 1972-1973. In his quest for more knowledge, he proceeded to the institute of Administration, A.B.U Zaria, from 1973-1976 where he obtained the LLB Degree with honours. He enrolled in the Nigerian Law School, Lagos in 1976 and was called to bar in 1977.

His lordship served his country during NYSC service year in Bendel State from 1977-1980 and he  returned to his home state and joined the ministry of justice in 1978. Hon. Justice Auta in his early days was made Chief Magistrate in Borno State judiciary from 1978-1980.He was thereafter appointed as the principal state counsel of the State House, Ribadu, Lagos from 1980-1983.His lordship returned to Borno State after his sojourn to Lagos and resumed his duties as Chief Magistrate. He served as Chief Magistrate from 1984-1988 until he was appointed Attorney-General of Borno state from 1988-1989.Hon.JusticeAuta served Borno state as the A.G. for a year and due to his excellent performance, brilliance and hard work, he was appointed a high court judge in Borno state and he served from 1989-1990. His career at the bench truly kicked off when he moved from Borno state judiciary to the federal high court in 1990. He inched up the ladder leaving profound judgments and astounding precedents in his wake. My Lord is a living testimony that hard work, diligence and integrity pays. He has arrived at an honourable pedestal in this noble profession. In March 2011, he was appointed the acting chief judge of the federal high court and then confirmed as the Chief Judge of the Federal High Court on the 11th of May, 2011. In the course of his remarkable and eventful career, there have been a myriad of appointment trailing his rise. He was the National President, Magistrate Association from 1986-1988.He was also the Chairman, Civil Disturbances Tribunal, Port-Harcourt in 1995. In 1999, he chaired the National Assemblies Election Tribunal for Anambra State.2010; he also chaired the committee on maritime seminar for judges. It is a good development finding one rising from Borno minority to ascend to the position of chief judge of the federal high court of Nigeria. Hon. Justice Ibrahim Ndahi Auta, chief judge of the federal court is happily married to Mrs. Noami Ibrahim Auta Ndah . Hon. Justice Auta relieves stress and stays healthy by engaging in exercises and sports. He plays golf, tennis and squash and his main hobby is reading.

Click to go back to Members of the Commission